Spring and early summer weekends are usually filled up with all the lovebirds saying their vows, and rockin’ dance parties late into the evening. But we all know this year is a whole different tune. So many couples who have had to make the tough choice to reschedule – juggling future dates and family needs alongside their own hopes and dreams.

Victoria and Spencer were right in the middle of this conundrum. With an early summer wedding date (in June) and plans for a big celebration at Victoria’s childhood beach club, they made the tough call to push the day’s plans off until the fall. But why not just get married anyway? That’s the big question so many couples find themselves asking now — why not get married now and party it out later when things have settled down a bit?

Marry now, party later. I like the sound of that, friends.

And that’s exactly why Victoria and Spencer went ahead with their early summer wedding. Marry now, party later!

So, step one: marry now. Victoria and Spencer decided to get hitched on their original date, at a gorgeous church in Madison, CT. It was a big, beautiful space that’s clearly been missing its congregation – the Clergy team had printed out little family name tags and taped them to the pews in the wake of so many Sundays conducted via video! The effect was that, even though Victoria and Spencer were essentially alone when they married, it felt like they were still surrounded by so much love.

Victoria’s parents are local and were able to come to the church for the ceremony, while Spencer’s family joined from afar on Zoom. As I shot around the church and during their ceremony, I couldn’t help but think about all the people on the Zoom link, all watching from the tiny laptop in the middle of the aisle. An amazing blessing to have that technology, all that love beaming across the miles and into this sweet little ceremony.

After their vows, Victoria and Spencer and Victoria’s parents shared a little bubbly on the steps of the church to celebrate. It was so intimate and lovely. Not what they’d planned, but important just the same.

I can’t wait to capture their beachside party in the fall, but witnessing a simple wedding day like this is just as important as the big wedding — maybe more so. In this time of uncertainty, these unexpectedly replanned days are part of the story of each couple who’s had to flex in ways they never would have imagined. Someday, many years from now, Victoria and Spencer will tell (and retell, I’m sure) the story of how they got married on June 6th after all, and how they managed to stretch the celebrating for months afterward! 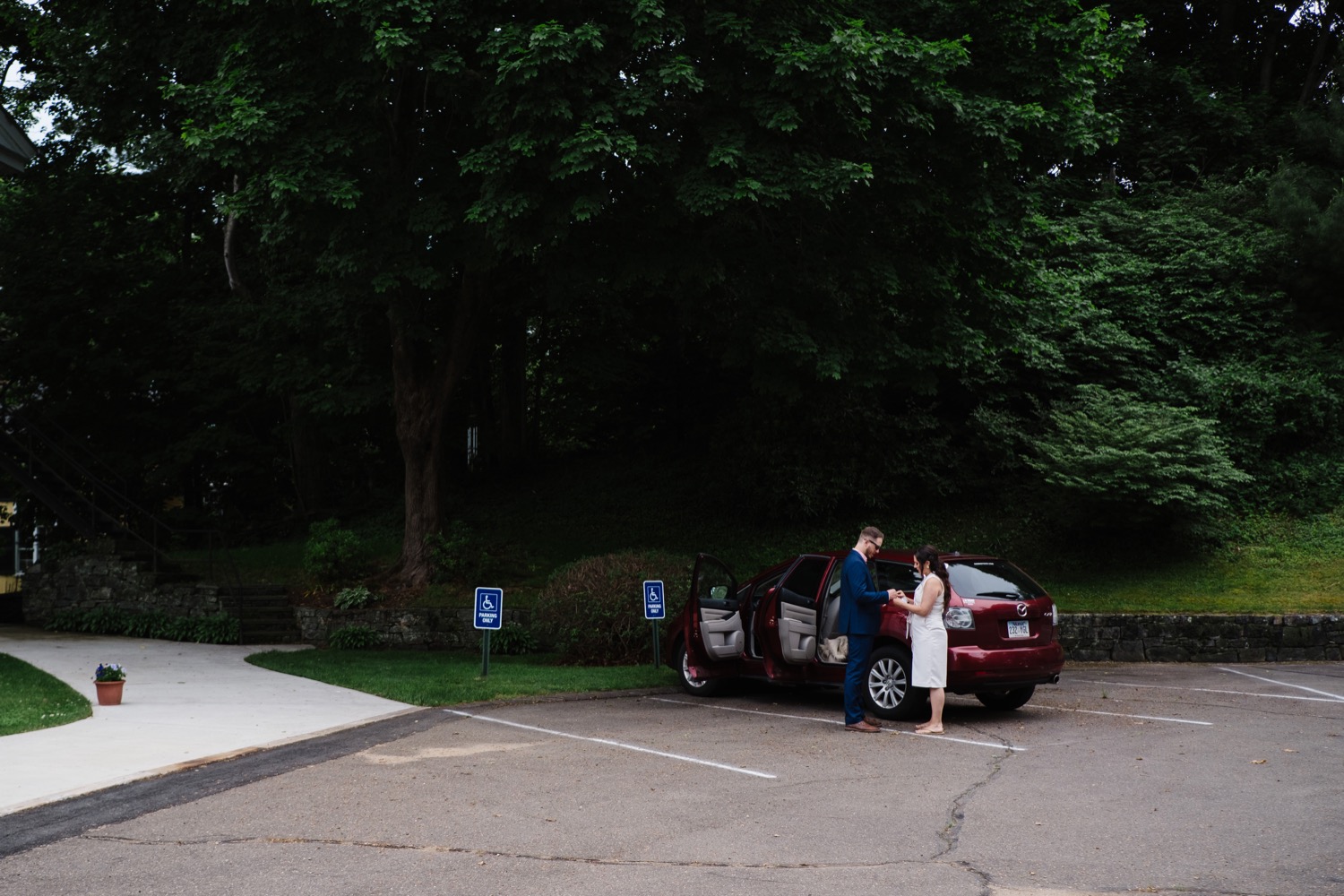